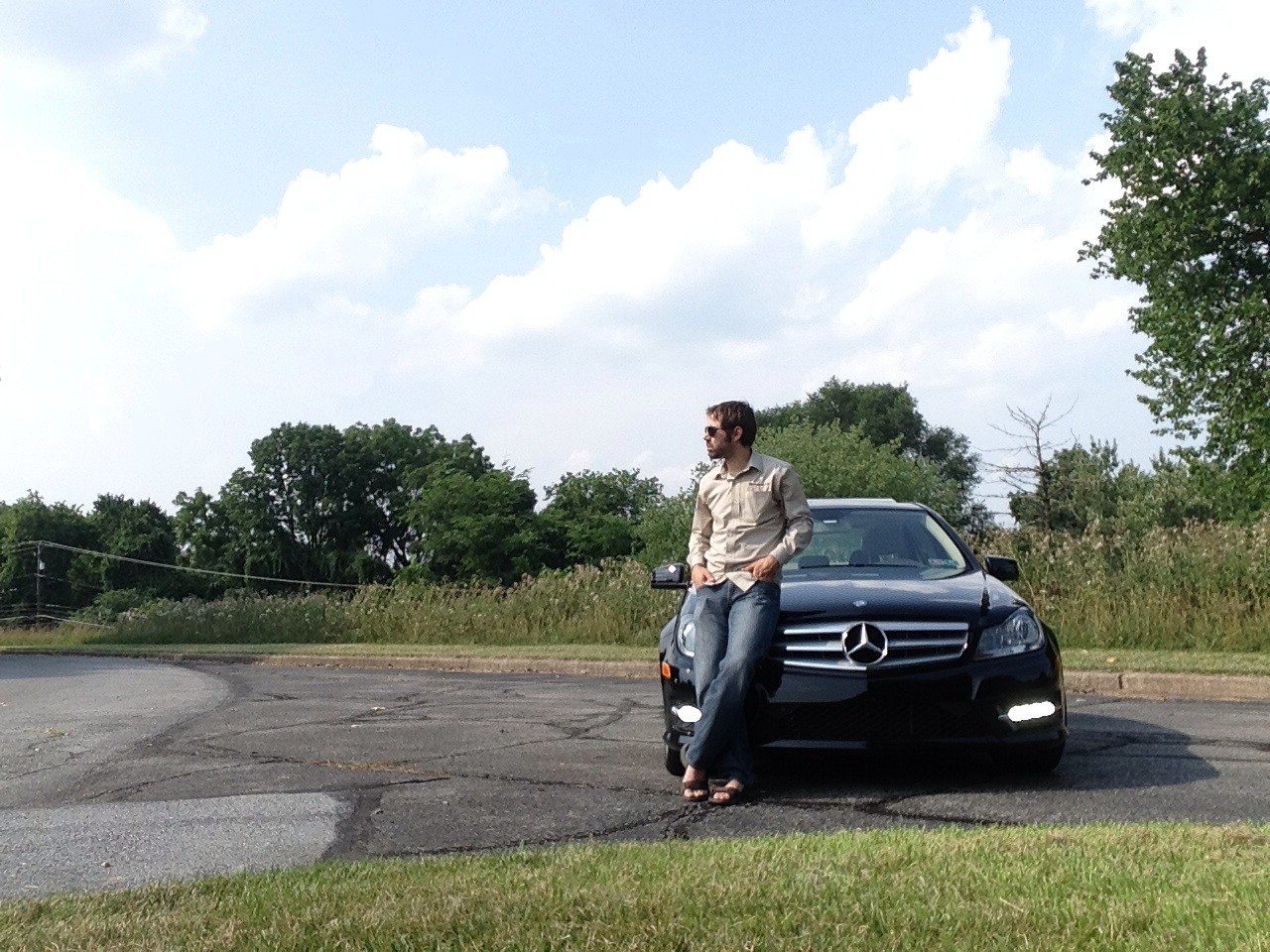 Why I ditched “Startups” and Started Building Enduring Companies

[vc_row][vc_column][vc_column_text]—– That picture above is of me, circa 2013, posing with my first Mercedes, that I paid for with my bootstrapped companies. —-

Ah startups. The pinnacle of popularity amongst the young productive crowd. The go to alternative route to college these days, and in some cities, complete pop culture in and of itself.

Everyone’s in a startup. And if you’re not, you probably heard about someone connected to you that founded some interesting software application and then sold it to some big company for a zillion dollars.

“It’s all the riot these days, and you can’t get away from it. You’re either in the startup game, or you’re not.”

So what app are you working on? What game changing technology are you building? What are you going to do with the hundred million dollars you get when you inevitably sell the company to Google?

It’s questions like these that eventually got me to the point where I really started to question if I was taking part in a naive cult, merely bandwagoning on the popular startup trend, or a real group of entrepreneurs, focused on building profitable companies that provide them with the monetary capacity to live comfortably, and if need be, invest their own money into future ventures.

It became obvious that in going to the various local tech meetups, and hackathons, I was dealing with the former, and I wanted to reside in the latter.

I remember looking around at these guys, who’s only contribution to the conversation was creating models in Rails that processed questions and answers for a Q&A application, and realizing one sobering reality:

None of them were entrepreneurs.Â

At this time, I had already started a small lifestyle business, that I needed to become profitable so I could survive. My company was doing 10K in revenue every month, and I had already started building relationships with key people in a few big companies to eventually try to land some annual contracts with them.

But interestingly, neither these “startup founders,” nor their programmer counterparts behaved toward me like I was an entrepreneur. To them, I was some other thing. I was focused on making money,Â building a real business, and was always actively involved in talking to and selling real customers.

I rented office space in a coworking building, and found that even the administrative higher ups seemed to regard actual entrepreneurs as punk kids on the street with wise mouths, and programmers with billion dollar ideas as golden children.

To me, entrepreneurship was always about making money. It was about sales. It was about being the guy that knows how to get things done. Someone who makes quick decisions, thinks lightening fast on his/her feet, and inherently knows how to approach the problems they run into with fluid intelligence and grace.

It wasn’t about sitting in front of a laptop for months, and years on end, with no motivation to actually sell a product to anyone. It wasn’t about a bunch of guys sitting around in a room with each other, laughing and talking about JSON. It was about the one guy in the corner, diligently working on building a profitable company.

And then there was venture capital. TechCrunch seemed to think news was a startup company raising 5 million dollars, and felt the need to write articles left and right about them with their standard: here’s the business, here’s how much money raised, and here’s the industry projections for the future format.

But what seemed to be particularly troubling about what I was beginning to see as the naive startup kids, is that virtually none of them were focused on making money. They had their bets on an angel investor, or VC, putting in X bunch of money, so they could continue sitting on their laptops playing entrepreneur, but never really focusing on building a real company, that sells real things, and makes real dollars from it.

It continued to detract the startup founders that I knew from getting their fingernails dirty, grinding in the world and acquiring customers, and kept them sitting around thinking that one day, “we’ll get someone to sell this product.”

The theme here guys is obviously, the startup world and many founders I was around seemed to be more of this cool thing to do, than serious entrepreneurs ruthlessly pursuing building profitable companies.

Venture investment can be a really great idea. Having the extra money, if you’ve got a great service/product that you’re convinced is going to work (because you will force the market), to help you to grow and be stable with some cash in the bank, is a great thing.

If your mission is to build a biotech company that changes the face of neurotransmitter optimization as we know it, you might need 5-10 million dollars.

But there are a few problems I have with this dynamic. I’ll start with the most obvious:

I’ll tell you how long I could do that. 0 days. I couldn’t. From day one, making money was always the mission, and the only thing being an entrepreneur meant to me was someone who could take a product or service, innovative or not, and sell it.

Do I want to build billion dollar companies? Yes actually. I’m going to revolutionize neurotransmitter optimization. But, who’s to say I couldn’t fund that company myself? And if I want to avoid giving up control, and being victim to some of the other things I mentioned above, I have to fund my own ventures.

So I constructed a plan to build a company to fund my lifestyle (1). To build a company to fund my next company(2). And for that company to make the money to provide the venture capital for my major companies down the line(3). And to this day, I’ve achieved number 1 and number 2 in 3 years, and I’m in route to making number 3 happen. I drove my first Mercedes at 29, did my first deal over 15K that same year, and have a very small business that funds my lifestyle, and has allowed me to invest tens of thousands of dollars into another company of mine. I learned how to build a 250K company before attempting to build a 250 million dollar company. Now I can scale my knowledge. I can scale my execution.

But here’s the thing: I’m not near as comfortable as I need to be. I can’t put 50K into marketing right now. I still have to hustle everyday to get any progress. I have to invest my money carefully, and make the right decisions.

I have to balance cash in and cash out like a science. I have to maintain a certain buffer of actual cash in the business bank account. I have to have real customers. Real contracts, and make real money. I have to pay real taxes, pay real rent, and fend for myself out here in the wild.

And if I actually do decide to take venture funding for one of my companies, it’ll be a deal that I like, and is fair for me. Or there won’t be a deal. I’m not at the mercy of the guy that writes the checks. I am the guy that writes the checks. And if an amazing venture deal comes along for the billion dollar idea I have, I’ll likely already have millions of dollars saved in the bank, from the real companies I’ve already built. What does that equal? Less overall risk. And that’s the game.Â

So I ask you the very critical question here: are you an entrepreneur? Or are you a tag along, trying to jump on the startup bandwagon because it’s something to do?

Are you the relentless, outcome driven, achievement hungry stubborn lunatic that will do anything to make it happen? Or are you the ride along, waiting for an opportunity, sitting around procrastinating because you think you have to improve a feature on your software app for 2 years?

For your pockets, sanity, self respect, and financial future, please be the formers.

I ditched the startup world because I saw something that was fatally flawed. I felt like the only real entrepreneur in a group of hobbyists. I was tired of stressing the need to learn to sell, to make a company profit, and to strive to be a good business person. Most of all, I was tired of trying to convince other startup CEOs to think like me, and then later seeing them go back to working for someone, because they just weren’t real entrepreneurs. Even though I like to win, I was tired of being the last man standing. The guy who actually made it. The guy who gets it. The guy who builds real companies, that have real customers, in which we do real work.

Lastly, this isn’t (and wasn’t meant to be) a startup bashing fest. I’m in love with entrepreneurship, and to me, a new company is in fact a startup company. I’m building one right now. But I funded it myself, with another real company I built that still exists. And the year I took to formulate the product for this company, I lived off of the profits and distributions from that existing company. I will not have control problems in any of these companies. I will not be fired as CEO. I am the guy that writes the checks.

But the startup world really needs to get a grip on what they’re doing. People need to stop trying to be entrepreneurs, if they’re not going to sell things for money. Startup founders need to realize that though one part of the mission is to build your product, the other is to move it. And if you can’t move it now, well, you’ve got to do what Elon Musk’s Space X does to pay the bills. Sell things.[/vc_column_text][/vc_column][/vc_row][vc_row][vc_column][ultimate_info_banner banner_title=”Want a better brain?” banner_desc=”Try our nootropic.” button_text=”Get Cortex” button_link=”url:https%3A%2F%2Flivecortex.com%2Fproduct%2Fcortex-gen-1%2F|title:Cortex%20Nootropic%20Generation%201|target:%20_blank” banner_image=”11636|https://livecortex.com/wp-content/uploads/2015/06/bottle_label_product_size_mini.png” title_font_size=”20″][/vc_column][/vc_row]